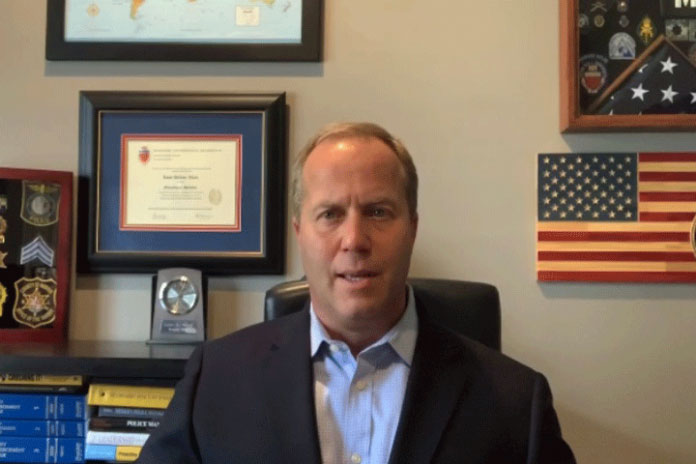 Posted at 18:45h in Article by Valori
0 Likes
Share

Speaking as a former police officer in Parsippany-Troy Hills, the movement toward defunding our local police departments would be disastrous for our local communities and jeopardize all residents’ safety given all the rioting and anarchy that has been playing out for the last 100 days in cities throughout the country from Los Angeles to Chicago, from Seattle and Portland, Philadelphia to New York City.

The rioters continue to devastate the cities and incite fear in our residents and small business owners with lawlessness, looting, homicides, arson, physical assaults on random citizens, and law enforcement officers.  Property damage from this rioting and looting has reportedly topped at least five billion dollars. It will take a decade for these cities to recover from this damage and return to some type of normalcy.

What the public needs to understand is defunding the police department would reduce important professional training and development enabling officers to better serve and protect the general public. Defunding police would hamper the agencies’ ability to purchase equipment such as body cameras which keep departments accountable to their communities.

Defunding the police would rob departments from being accredited and deprive them of offering officers critical de-escalation training necessary to assist individuals with special needs and mental health issues.

Communities who defund police departments would not get rid of bad cops, rather they will drive away good cops and disable their towns and cities from successfully recruiting and retaining officers to serve residents well.

While I do agree there is always a need to re-evaluate police policies and tactics in the interest of enhanced community relations and transparency, the irrational, reckless and reactionary decisions to defund police departments to placate partisan politics will have dangerous and long-term consequences in our communities – especially in areas with already historical levels of violence.

For the past three months, we have all been watching in the news what has become a disturbing breakdown in society at the hands of lawlessness. The outright physical attacks on innocent bystanders and law enforcement officers are horrific. I would have never thought this anarchy would happen in our great country.

The law enforcement community is in itself a rich, diverse group representing every ethnic and religion sworn to serve and protect their community of every ethnic, religious, and socioeconomic background.

The men and women of law enforcement work tirelessly day and night to ensure the public’s welfare and safety. The public can’t idly stand by watching these criminals violently assault officers who are just doing their jobs. Once that front line of police protection is penetrated, there will be nothing to protect you and your family.