Posted at 12:13h in Article by LOU VALORI
0 Likes
Share

NEW JERSEY –   It seems like the unthinkable – an active shooter situation – is becoming a more frequent occurrence to the point that parents are feeling more and more helpless in protecting their children from the potential of mass shootings, particularly in schools. It can happen around any of us. 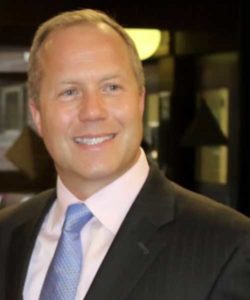 Back in April of 2007, I received an early morning phone call from my daughter, Amanda, who was a Cadet at Virginia Tech studying Engineering at the time informing me two students had been shot and killed on campus.  My daughter had overslept for her class and was ordered to stay in her dorm after the first shots were fired.  However, being able to reach my daughter to check on her safety became an ordeal in and of itself because cellular phone service was overwhelmed,  I was four states away from protecting my daughter working as a Sergeant for the Parsippany Police Department.  My only source for updates on the shooting was from a law enforcement colleague who advised the two fatalities were in fact 32 at Virginia Tech.

The feeling of helplessness disabled my ability to think clearly, as the unimaginable was racing through my mind. My wife and I rushed down to Virginia Tech to secure my daughter, only to witness firsthand the suffering of fellow parents and family members who were hearing for the first time loved one was either killed or severely injured.

This horrific experience is forever etched in my memory and galvanized my commitment to do whatever I can in preventing anyone else from experiencing such fright, terror and agony. There are tools that are available to schools and new ones emerging every day. Not just in equipments and training but in personnel. Specifically, the ability for schools to hire Class III Police Officers. A special category of office designed specifically for school safety.

School Safety became my priority focus when ran for the Parsippany Board of Education — a school district with approximately 7,500 students – two years after the Virginia Tech shooting. I worked diligently to help improve safety and security in our schools for our students, teachers and staff.   It was a process to understand what we were doing and, importantly, what we were not doing. Today, our work with schools includes educating and communicating about the process and how to move forward with Class III Officers.

During the time I served on the Board of Education, the Parsippany Police Department assigned only two officers to the two high schools which was not adequate protection and left the district’s two middle schools and ten grammar schools vulnerable.   With the support of a highly motivated school Superintendent and fellow school board members, the security infrastructure underwent massive reinforcement. Our first initiatives included the installation of surveillance cameras throughout each school, doors were fortified and locking mechanism were installed. Regular and coordinated active shooter emergency drills were conducted in all schools to allow police and school officials to keep their skills and tactics up to date.  Admittedly, even with these measures in place – there is no guarantee school shootings will stop in its entirety. There was, however, legislation that I felt was extremely important. The legislation created a new brand of school cop. A Class III professionally trained and certified police officer.

Note that the legislation is very clear on the professional class of officer your school would receive. Specifically, the officer:

In 2016, I had the opportunity as the township’s Council President to work with fellow council members and Mayor James Barberio to negotiate a historical Shared Service Agreement with the Parsippany Board of Education.  This partnership provided additional uniformed police officers positioned in schools throughout our district. The school board would fund half the officers’ salaries for a cost savings to the taxpayers.  This agreement was pending a state bill that would allow Class III officers to also be able provide security in schools. Now it is law.

On September 13, 2018, The Township of Parsippany-Troy Hills and Parsippany Board of Education signed another shared services agreement, officially increasing the amount of Class III officers to serve as School Resource Officers.  This collaboration provided for additional cost savings to the township without losing site of what it really important – providing a safe and secure environment for our children to learn.

It is important for schools and parents to educate themselves and their children about school safety. Among other resources, the Class III Police Officer is an important piece of the school safety puzzle and a topic that should to top of mind for all enlightened schools moving forward.

Principal owner of the Valori Group, Dr. Louis Valori is a decorated, retired 28-year U.S. Army Reserves Veteran with the rank of Lieutenant Colonel Military Police and Detective Sergeant with 25 years of diverse Law Enforcement experience in Morris County, NJ. He has also served as an elected municipal government official in Parsippany-Troy Hills since 2008. Dr. Valori not only has his Doctorate in Education (Doctoral Dissertation: Effects of Accreditation of the Office of the Sheriff on Complaints by Citizens) and extensive specialty military training but was also officially awarded CALEA (Commission on Accreditation of Law Enforcement Agencies) within the Parsippany-Troy Hills Police Department.