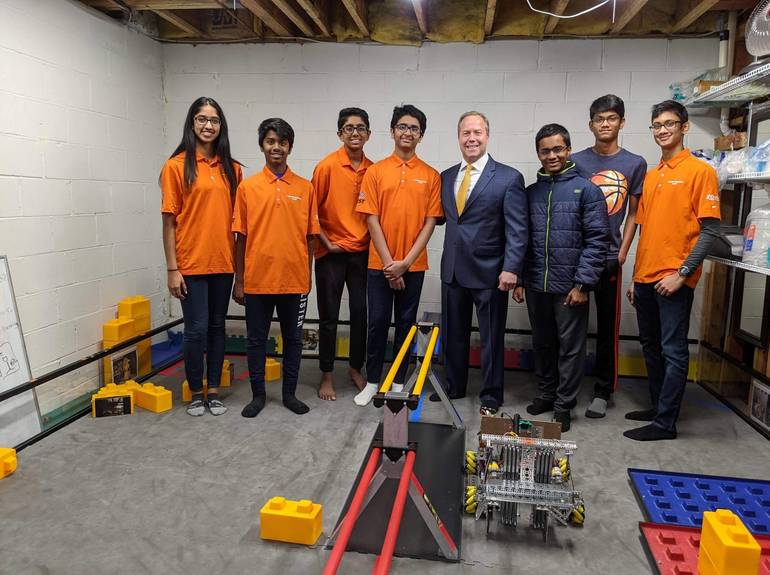 Posted at 19:33h in Announcement, News by Valori
0 Likes
Share

PARSIPPANY, NJ – Parssipany has a competitive Robotics team comprised of both middle school and high school students. The team, Krypton Warriors, consists of seven kids who are participating in a robotics competition held by the non-profit organization called FIRST. They compete in the league FIRST Tech Challenge (FTC).

They have built a robot to solve specific missions based on this year’s theme. They have coded this program in Java, design in CAD, and fabricated using metal and 3D printed parts. Besides working on the robot, they connect with experts in the industry to learn about current technologies in manufacturing, security, programming, and other science and engineering topics.

The team had an opportunity to demo their robot and do a presentation about their journey this season. They have also conducted various outreach and mentor sessions to raise funds for their team. The team is competing at NJ FTC championship to be held on March 15th.